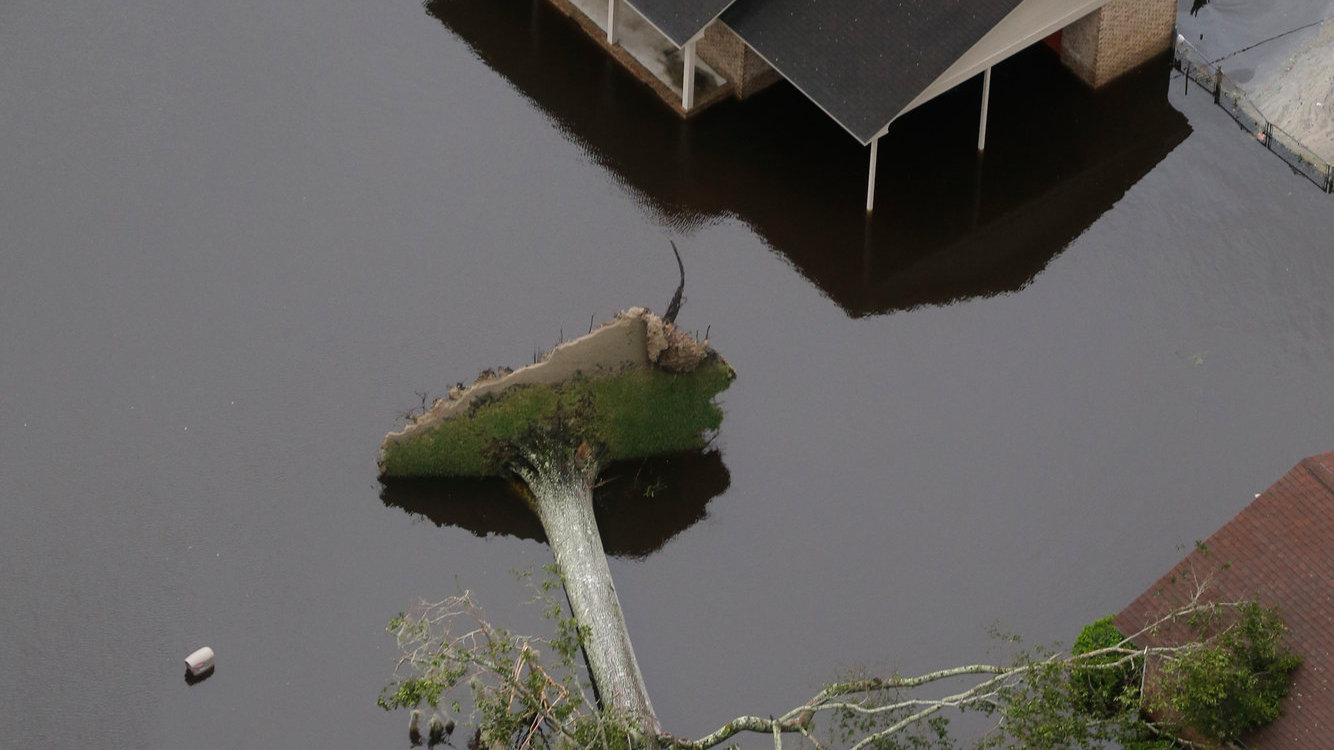 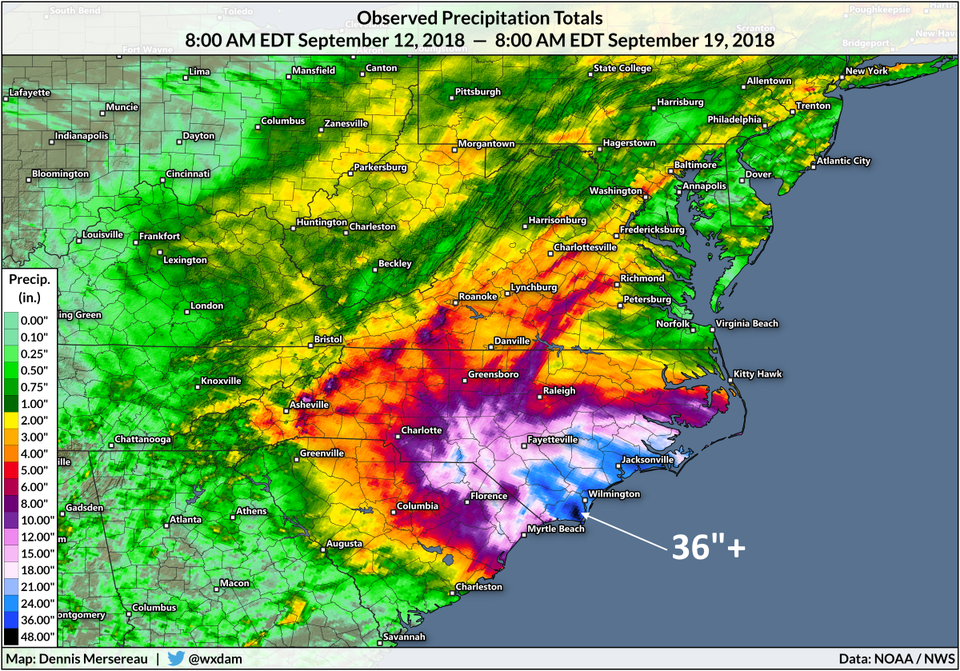 It’s been more than two weeks since Hurricane Florence made landfall and parts of the Carolinas are still dealing with flooding left behind by the storm. There are still some rivers in North Carolina and South Carolina reporting water levels at or above flood stage. The most severe flooding at the moment is in northeastern South Carolina, where the massive amount of water dumped by Florence is still winding its way downstream toward the Atlantic.

Hurricane Florence made landfall near Wilmington, North Carolina, on September 14, 2018, slowing to an excruciating crawl once it moved inland. The storm barely moved faster than average walking speed for several days after coming ashore. Florence’s slow forward movement allowed bands of thunderstorms to train over the same areas for several days, leading to unprecedented freshwater flooding in North and South Carolinas, as well as flooding issues throughout the Mid-Atlantic and Northeast.

Florence was the wettest tropical cyclone ever recorded in both North Carolina and South Carolina. Its rainfall and flooding easily surpassed the disaster unleashed by Hurricane Matthew in 2016 and Hurricane Floyd in 1999.  A wide swath of real estate saw more than a foot of rain from the storm. Large portions of southeastern North Carolina saw rainfall totals exceeding two feet, and a tiny area near Wilmington saw more than three feet of rain. This is the highest tropical cyclone-related rainfall total so far north in the United States. Such extreme totals are typically seen near the Gulf Coast.

The ground can’t possibly absorb that much water all at once. The excess runoff has led to a historic and prolonged flooding situation along the region’s waterways. The Cape Fear River in Fayetteville, North Carolina, crested at nearly 62 feet, a few feet higher than the crest seen during Hurricane Matthew and 27 feet higher than the point at which the river begins overflowing its banks. Most inland waterways have receded. However, flooding continues near the coasts in North Carolina and South Carolina.

Six river gauges are still in flood stage as a direct result of Hurricane Florence’s rain two weeks ago. The worst flooding at the moment is occurring in northeastern South Carolina between the cities of Florence (really!) and Myrtle Beach. The Little Pee Dee River between those two cities remains in moderate flood stage, but the Little Pee Dee—along with the other rivers in the Carolinas—should fall out of flood by the middle of this week.