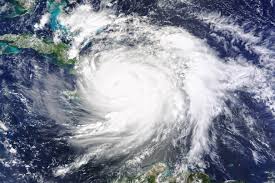 October 7th, 2016: With a death toll of over 1,600 people and a damage of $ 10.5 billion, Hurricane Matthew was the strongest storm since Hurricane Felix in 2007. The hurricane reached category 5 hurricane status i.e. the winds exceeding 252 km/h. Western Atlantic, Haiti, Cuba, Dominican Republic, Lucayan Archipelago, Southeast US and Canadian Maritimes were affected heavily due to the hurricane followed by a flood in North Carolina.

Hurricane Matthew reached US waters Friday, it left behind a humanitarian crisis in Haiti and destruction in the Bahamas and Cuba.

At least 276 people have been killed so far in Haiti, the Dominican Republic and St. Vincent and the Grenadines, officials said, with the death toll expected to rise.
Haiti, still recovering from the catastrophic 2010 earthquake which killed hundreds of thousands, was hit hardest with more than 271 people reported dead as of Thursday evening, local time.
As the death toll rises and crucial infrastructure crumbles, hundreds of thousands have been displaced.
Mourad Wahba, the UN secretary-general’s deputy special representative for Haiti, described Matthew as the “largest humanitarian event” since the earthquake.
Donate Today