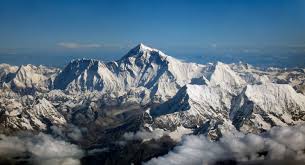 ITANAGAR, India — At nightfall, Nepal’s capital became a tent city, as thousands of residents displaced by Saturday’s devastating earthquake stayed in their dark gardens and out on the cracked streets and lanes, afraid to go back inside because of waves of aftershocks, including a powerful jolt Sunday that the U.S. Geological Survey said measured 6.7 magnitude and which sent people fleeing for open ground and safety.

It had been a pleasant Saturday morning, with families just sitting down to lunch and tourists thronging to Kathmandu’s Durbar Square when the temblor hit, a horrible rocking motion that seemed to go on without end. The quake was ultimately felt across South Asia — in Lahore, in New Delhi, in Dhaka. Snow avalanched down Mount Everest. Buildings fell, mud-joined huts collapsed. By the end of the night, more than 1,900 lay dead, Nepalese officials said, with countless more injured.

And another kind of death: Durbar Square — the historic heart of Kathmandu, filled with temples centuries old — lay in ruins. More than 100 people were killed at that site alone. The iconic Dharahara tower fell, too. “There’s nothing left,” one despairing survivor told CNN-IBN, an Indian news channel.

“We never imagined that we would face such devastation,” Nepal’s information minister, Minendra Rijal, said at an evening news conference — even though Kathmandu ranks high on a list of the world’s cities most likely to experience a devastating earthquake. He said schools would be closed for five days in affected areas. He encouraged people to conserve fuel by not driving and urged pharmacies to stay open all night so that the injured could have ­access to first-aid supplies and medicine.