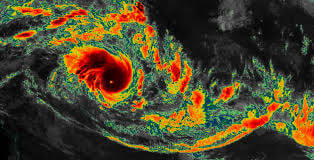 Teams of rescue workers were on Saturday night racing to reach the remote Pacific island chain of Vanuatu, which has been devastated by one of the most powerful cyclones ever recorded. More than 40 people are reported to have been killed so far after winds reaching 200mph destroyed homes, roads, power supplies, and harbors. The death toll is expected to rise well beyond that figure.

Some reports said entire villages had been destroyed in remote areas. “Homes have been blown to pieces, and even evacuation shelters, where people had sought refuge, have been flooded and left exposed to the cyclone,” said Charlie Damon of Care International.

In some places, islanders crowded into caves and other makeshift shelters for safety. “I can say that for anybody who wasn’t in a secure shelter last night, it would have been a very, very tough time,” said Chloe Morrison of World Vision, who is based in the capital, Port Vila.

UN secretary general Ban Ki-moon said the impact of the disaster was not yet clear, but he feared the damage and destruction were widespread. The UN was preparing to deploy emergency response units. Britain pledged up to £2m towards relief efforts – the Department for International Development said up to £1m would be available immediately with the same sum from the UK’s rapid response ­facility.